If you are studying George Orwell’s Animal Farm for GCSE, then you will know that the novel was heavily influenced by the Russian Revolution. Many of the characters represent prominent people connected to the revolution and it’s important to know about them for your English Literature exam.

We’ve broken down each of the characters and their similarities to real-life individuals below. For more GCSE Animal Farm revision, check out these resources:

Animal Farm is an allegory, a story in which the events and characters are used to represent a larger point about society. Orwell uses the characters in the novel to each represent a figure from the Russian Revolution.

The key events in the play are also used to represent real-life events. For example, animalism represents communism during the Russian revolutions. The rebellion that happened between the animals and the farmer represented The February Revolution of 1918.

The Battle of the Cowshed represents The October Revolution of 1918 that occurred due to inflation and food shortages in Russia when the Bolshevik Party leader Vladimir Lenin had fought against the Duma's provisional government.

The Windmill represents Industrialisation, we know this because the author said “Snowball's plans for the windmill were fully worked out,” showing how Snowball wanted to change Industrialisation by bringing positive change. 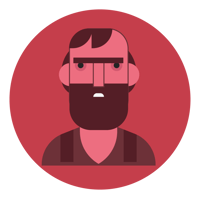 Mr Jones is the owner of Manor Farm who is regularly drunk and careless when it comes to taking care of his farm. As explained in the book he was always “too drunk to remember“ and fails to look after the animals properly.

Orwell also portrays him as a cruel individual who is brutal towards his own animals who he abuses and enslaves. For example, the author explained that “Mr Jones, of the Manor Farm, had locked the hen-houses for the night, but was too drunk to remember to shut the pop-holes.” showing his carelessness towards the farm animals.

His character represents the Russian emperor, Tsar Nicholas II who ruled Russia before 1917. During his rule, the upper class were rich and powerful, whilst the majority of the population were poor and lived in terrible conditions. This can be likened to Mr Jones at the start of the novel, with his poor leadership on the farm resulting in the animals being malnourished. 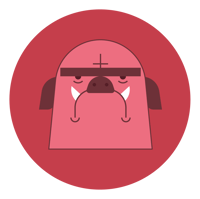 Old Major is a wise and intelligent pig who is well-respected by the other animals and inspires the rebellion. George Orwell describes him as “a majestic-looking pig, with a wise appearance” which allows the reader to understand the power he has over the other animals within the farm.

He convinces the animals that their “lives are miserable, laborious and short” and that they need to rebel against their master to take control of the farm. This is why Old major partly represents the German philosopher Karl Marx, as he was a communist who believed that everyone should revolt against the government. 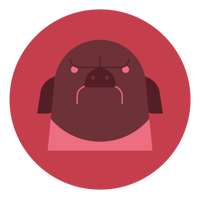 Napoleon is known to be the most powerful and intimidating character in the story. He is constantly using the other pigs to do all his jobs as he is aware of his weakness (that he cannot speak properly).

George Orwell described Napoleon as “a large rather fierce-looking Berkshire Boar” meaning that he is very menacing. He was aware that he was “the only Berkshire” on the farm meaning he felt unique and special.

Napoleon’s character represents the Soviet Union dictator, Joseph Stalin. Joseph Stalin came to rule Soviet Russia after the death of Lenin in 1924. Under his rule, the union changed from a pleasant society to a military and industrial superpower. Joseph, like Napoleon, killed those who rebelled or got in his way. 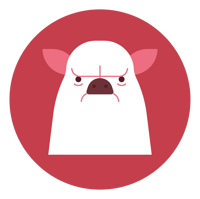 Snowball is described as “a more vivacious pig than Napoleon, quicker in speech and more inventive,” meaning he was smarter and more well-spoken than Napoleon. Snowball calls allies from the neighbouring farm to join his rebellion and gain support to fight against Napoleon.

Snowball is also known to be the bravest of them all as he was the main individual to fight against Mr Jones, as explained in the story he “dashed at Mr Jones.”

His character represents Leon Trotsky, a political theorist, revolutionary and leader of the Red Army. Leon Trotsky was also a leader, however, struggled against Stalin, similar to Snowball’s struggle against Napoleon.

Both Snowball and Trotsky wanted to bring positive changes to their society; however, they were both chased out by the secret police.

Other Characters in the book

Squealer was second in command to Napoleon and is known to be clever and a good speaker, which is why he was constantly helping out Napoleon.  His character represented Stalin’s propaganda machine (Pravda), Vyacheslav Molotov who was Joseph Stalin's protégé.

The other farmyard animals are trusting and hardworking and are the heroic victims of the novel. They are used to represent the working/lower class within Russia.

The sheep may not play a major part within the story however they still have a very important representation. The sheep represent the massive propaganda machine that Stalin set up as he came into power in Russia.

Bluebell, Jessie and Pincher are good dogs. Meanwhile, Napoleon’s dogs that he uses to police the farm are bad and represent the secret organisations of the police.

Key Points to Remember When Studying the Animal Farm Characters: 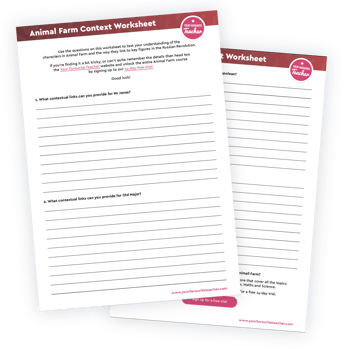 Download our Animal Farm Context Worksheet to test your knowledge and answer some exam questions.

Did this article help you understand the characters in Animal Farm and who they represent? We can help you with even more Animal Farm GCSE revision.

Our Animal Farm course includes 9 lessons with supporting videos with in-depth information, worksheets, quizzes and more that delve into:

Access all of the above and more with a free trial of Your Favourite Teacher today!

When teaching Animal Farm for GCSE English Literature, there is a lot of content to cover from the plot to the characters. To make life easier, we have some additional teaching resources that can be used: