For your GCSE English Literature exam, you’ll have to go further than just learning Romeo and Juliet’s character traits.

Understanding all the major and minor characters can not only prepare you for a potential question, but will aid your overall understanding of the play.

We’ve listed out a complete overview of the Montagues and Capulets character traits below. For more GCSE revision support, have a look at these resources: 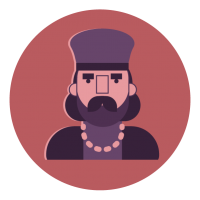 Shakespeare presents Lord Capulet as a domineering character who progressively becomes more controlling throughout the course of the play. In the early scenes, he gives up some of his power and says he will give Juliet a “scope of choice” when deciding on her suitor.

Contrary to what he promises, he orders Juliet to marry Paris, and when she defies his order, he declares that she is a “disobedient wretch”.

This dehumanising language, which is aimed at his own daughter, suggests that he cannot handle being disobeyed, which further emphasises his controlling nature.

But does Lord Capulet just want the best for his daughter (who could be perceived as being too young to decide on matters of marriage) or is he just a close-minded, possessive father? It is up to you to decide, but make sure you backup your points with evidence! 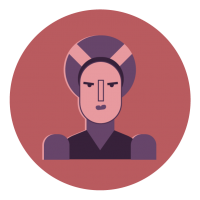 Along with her materialistic nature and lack of sympathy for others, Lady Capulet can be perceived as a bossy character. This is seen when she pushes Juliet to marry Paris, as she believes his wealth and status will benefit her daughter and the family.

Her character traits are very much based on a stereotypical Elizabethan woman, who tends not to stray from the rule book.

Since she married young, which was normalised at the time, she expects Juliet to follow in her footsteps. 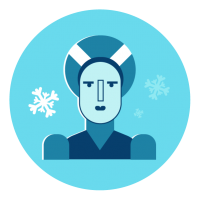 Lady Capulet’s authoritative character trait also causes her to appear cold and unempathetic. She does not engage in conversations about feelings with Juliet and instead asks the nurse to “come back again” to avoid dealing with it. This shows she does not have the maternal instincts that we would typically see from a mother. 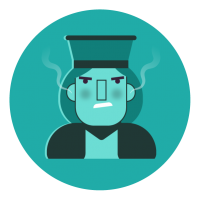 Romeo’s father, Lord Montague, is conveyed as a hot-headed and angry man. This is demonstrated through his desire to fight the Capulets when he sees them. Lord Montague’s violent nature shows that he wants to establish authority and preserve his pride, which again is very stereotypical of a man of that status in the Elizabethan era.

His aggression could also have influenced his son, Romeo, who we also see become violent throughout the play. 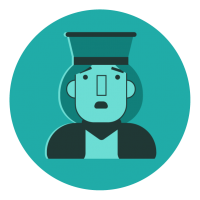 Though he has a very short-tempered personality, Lord Montague does have a softer side to him. He becomes very paternal and protective with Romeo, especially when he says he would “willingly give cure” after seeing him so unhappy.

We are also exposed to his loving side after the deaths of Romeo and Juliet: he makes amends with the Capulets and states he will “raise her a statue in pure gold”.

This exaggerated language depicts his character development from being aggressive and violent to becoming an emotional, caring man.

Lady Montague contrasts her violent husband. She is very gentle, peaceful and delicate, which are character traits that help her to stop Lord Montague from getting into a fight. She states “thou shalt not stir one foot to seek a foe”, which reveals that she does not agree with aggression. This quote also foreshadows to the audience that the conflict might go too far.

Her sensitive nature is amplified after she learns of Romeo’s banishment from Verona, and dies of grief. This highlights a large contrast with Lady Capulet, who appears to be less emotional and cold.

Parenting in the 16th Century

Both Lord and Lady Montague worry about Romeo’s wellbeing, which causes them to appear a lot more kind and concerned than the Capulet parents.

In fact, both the Capulet and Montague families emulate upper-class parenting in the 16th Century. The Capulets depict how daughters were expected to abide by their parents, whereas the Montagues reveal how boys were given more freedom.

This is also shown in the form and structure of the play. The Montague family does not have as much stage presence as the Capulets, which reveals that Romeo has more freedom. Download our worksheet to help you revise the Montagues and Capulets character traits

Revise GCSE Romeo and Juliet with Your Favourite Teacher

Did this article help you understand the character traits of the Montagues and Capulets? We can help you with even more Romeo and Juliet GCSE revision.

Our Romeo and Juliet course includes 10 lessons with supporting videos, worksheets, quizzes and more that delve into:

Access all of the above and more with a free trial of Your Favourite Teacher today!

Prefer to listen on the go? No problem! At Your Favourite Teacher, we've got an array of helpful GCSE English Literature podcasts to teach you everything you need to know to ace your exams. You can tune in below to learn more about Romeo and Juliet or browse our other English literature podcasts for more content.