Studying A Christmas Carol? We have plenty more engaging resources to help you learn in a fun way:

The four key themes in A Christmas Carol 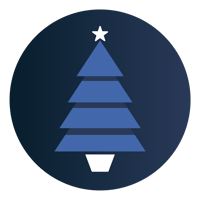 The biggest theme within the story is the Christmas spirit, giving us insight into what this was like in Victorian England.

By introducing the characters of Fred, Mr Fezziwig and Scrooge, Dickens shows how Christmas was viewed in the eyes of the Victorian’s.

Fred was the first to be introduced in the novel as the most festive and fun character. He gives a speech on why he values Christmas, explaining “I’ve always thought of Christmas time… as a good time; a kind, forgiving, charitable, pleasant time.”

As he uses the adjectives ‘kind’, ‘forgiving and ‘charitable’ he sets a calm and happy tone for the reader.

The character of Mr Fezziwig, on the other hand, is used to represent the more commercial side of the festive season. He throws a Christmas party for his employees, which shows his kindness and generosity as he is taking care of the individuals that work for him.

Dickens described Mr Fezziwig’s warehouse as “snug, and warm, and dry, and bright as a ballroom, as you will desire to see on a winter’s night.” With this, the author creates a heartfelt atmosphere for the reader and highlights the importance of getting together at Christmas time.

The character of Scrooge initially started off hating Christmas and going against the Christmas spirit. We know this because he says: “Since you ask me what I wish, gentlemen, that is my answer. I don’t make merry myself at Christmas, and I can’t afford to make idle people merry. I help to support the establishments I have mentioned—they cost enough: and those who are badly off must go there.” With this, he shows he does not care or take an interest in Christmas.

Towards the end of the story, after he was visited by the Ghost of Christmas present, he wakes up a happy man because the ghost declared that he won’t live another year.

The main message Dickens wanted to convey with this is to always be kind to everyone as he uses words like “the world” and “everybody”. 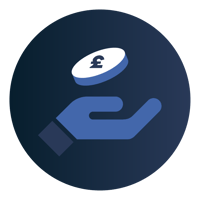 The theme of poverty and social responsibility is a reflection of the fact that in the late 1800s, the poverty rate was much higher than it is today.

Dickens was keen to help people in worse situations than his own, especially as he had experienced poverty himself when he was a child.

At the beginning of the novel, we encounter a selfish and greedy Scrooge as he showed the reader that he won’t be taking any social responsibilities for others. Dickens describes him as “an excellent man of business on the very day of the funeral.” This shows that Scrooge was not affected by his friend’s death. Instead, he was more concerned about the money he makes.

In Stave 2 of the novel, we learn that Scrooge actually fears poverty. This became clear when the Ghost of Christmas past showed him the moments his ex-fiance Belle had broken off their engagement.

Belle had said that their engagement was made like a contract, explaining “It was made when we were both poor, until… we could improve our worldly fortune.” This confirms that Scrooge was desperate to improve his financial situation.

The author also uses the words “dowerless girl”. This means that Belle had no money to bring from her family to the marriage in order for the husband to become richer and more powerful. This is important to know because it is something that was very important in the Victorian Era.

The Ghost of Christmas Future shows Scrooge as the dread of the city. The lower class had stolen his items once he had passed - a direct result of his selfishness. If he had been a nicer person, his items would have been received by grateful individuals, instead of being left in the hands of thieves.

This allowed Scrooge to see the repercussions of his actions when not accepting social responsibility. 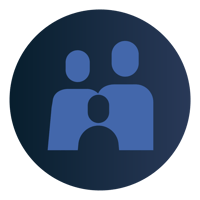 Dickens includes many families in the story and conveys them as very happy, kind and loving.

In Stave 2, the Ghost of Christmas past shows us Scrooge’s childhood. We learn that he was very lonely at boarding school during the holidays, while everybody else had gone to see their families. This suggests that Scrooge did not have a good relationship with his family.

Dicken says “a little girl... came darting in… addressed him as her dear, dear brother”. This was Scrooge’s younger sister Fan. Because she repeated the word “dear”, the reader learns that Scrooge was not always bitter.

When Scrooge continues to share his past, he remembers “The mother and daughter [laughing] heartily”. The adverb “heartily” shows a loving bond between the family, further juxtaposing his loneliness.

Dickens introduces The Cratchit family next to explain the importance of family coming together during Christmas time. When Bob Cratchit realises his daughter isn’t coming home he says “Not coming… with a sudden declension in his high spirit”.

Redemption is the action of saving, or being saved from, sin, error or evil, and this is arguably the biggest theme throughout the novel. Dickens brings this to light through Scrooge's character, showing his journey between Stave 1 to 5.

In the beginning, Scrooge is known as a horrible old man. But throughout the novel, we see Scrooge accept his wrongdoings and begin his path to redemption. As a result, he is characterised as a completely different man towards the end of the novel.

At the start of the novel (Stave 1), Dickens describes Scrooge with many negative and harsh words. He describes him as a “squeezing, Wrenching, grasping, scraping, clutching, covetous old sinner”, creating a dark and depressing image in the reader’s head.

As Scrooge is very wealthy, the reader might expect him to be more charitable. However, he turns out to be the opposite. In modern prospects, he will be known as a loan shark, happy to give out money but expecting to get something back quickly and with lots of interest. This is his main sin in the novel.

However, towards the end of the novel, he is much kinder as he comes to the realisation that he needs to change himself.

Scrooge shouts out the following phrases: “I will honour Christmas in my heart” and “I will live in the past, present and future”. The repetitions of “I will” characterise Scrooge as a very desperate man at this point. In order to redeem himself, all he needs to do is make a choice.

When he says “honour Christmas”, he emphasises the importance of Christmas being all about giving, especially for those in need.

At the very end of the novel, Scrooge realises he can’t change the past but “make amends in the future” hinting at what Scrooge does next. He transforms from a “tight-fisted old sinner” to a person filled with joy and love.

Scrooge donates to the charity workers, takes up his nephew’s offer on the Christmas dinner and gives Ben Cratchit a pay rise.

Some of the individuals were sceptical of his change, however, Dickens says “he was certain to his word.” This shows that the lessons learnt from the spirits had changed Scrooge.

Listen and Learn with A Christmas Carol Podcast

Revise A Christmas Carol with Your Favourite Teacher

Want to ace your GCSE English Literature exam? We have a full course on everything you need to know about A Christmas Carol. And the best part, you can access it for free with a trial of Your Favourite Teacher.

Our A Christmas Carol course covers: 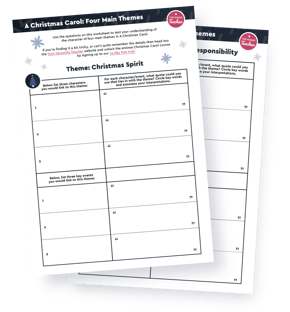 You can also download our Christmas Carol worksheet to test your understanding of the four main themes in A Christmas Carol.
And as with all of our courses, it comes with a whole array of knowledgeable and fun videos, quizzes and worksheets to complete.